I was a hobbyist first. I spent a lot of time learning watercolor during high school and then airbrush in college, to see how close I could get to a photorealistic image. Some of my early paintings were like early 3D renderings – spheres and tubes, planes and grids, shiny chrome and glass, bright colors. But I always focused on photo-realism.

At that time, computer imagery was making some interesting things but most of it seemed pixelated and unattractive, except for fractal art – images based on math, like the “Mandelbrot.“ 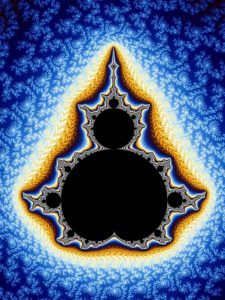 My revelation about computers and photorealism came about as I was exploring shareware or free software licenses. Local “BBS’ systems would allow you to dial in and download various shared applications, including fractal art materials.

In the early 90s, the industry was finding its place, and technology was evolving fast. I didn’t know what I had when I got the VIVID Raytracer by Stephen Coy. It seemed to lock up my 286 processor. Finally, I decided it might be slow to calculate so I let it run all weekend. On Monday it had been completed! Well, something was completed. I couldn’t view it, because graphics cards could only display 256 colors at the time. So after running the image convertor, there it was: a set of X/Y/Z axes. But! Made of chrome and casting shadows and inter-reflecting! Wow, this was amazing. Everything changed that day. I could see a convergence of creativity and computers and all kinds of commercial possibilities. So I started learning to make my own scenes and render them out.

Around that same time, Autodesk started selling a commercial 3D animation tool called 3D Studio. It was a scanline renderer – too ugly for my taste – but it allowed complex animation. During the next few years, I explored all I could get. In 1993, not long after getting married, I made a second proposal to my wife – that I start my own 3D animation business.

I worked hard to make it viable so I wouldn’t have to go back to Engineering. I had some lucky breaks with local companies like Marketing Resources (now The frank Agency) and Butler Manufacturing, creating custom animation with my own copy of 3D Studio. I hired my first employees and got a big break when a business friend asked if we could work on some shots for a major movie called “Starship Troopers.“

Our first couple of years we officed in the lower level of my house in Lee’s Summit, MO. Soon I realized that we really needed to have a proper office for employees to come work. We leased space in 1996 at the Bayberry Business Center in Lee’s Summit. We grew bigger there and they accommodated us with 4 progressively larger offices – the last one over 3,000 square feet. Finally, in 2019 we were ready for a major change and moved to the beautiful high-rise in Overland Park’s Corporate Woods office park.

Creating visual effects for a major Hollywood Motion Picture (TriStar/Sony Pictures) was a major step up for Trinity Animation.

Our collaboration with Peter Kuran at VCE (VCE is Kuran’s very successful visual effects house where he had worked with Director Paul Verhoven before on Robocop) on other projects, convinced Kuran that Trinity Animation would be able to deliver on a few scenes he needed assistance with. His role as intermediary helped us learn on the job and to do things right – we owe a major debt of gratitude to him.

At the same time, we started this work, we made the switch to the 3ds Max platform – the same one we use to this day. It was a completely different architecture and also was at version 1.0 so it had few extensions and fine-tuning. But we were able to get the shots completed and enjoy the glamour of our association with a cult-classic film.

In the years following Starship Troopers, the studio and the animators would shift to different tools and workflows, and different types of clients and deliverables, all while consistently serving our clients’ needs and delivering great work on time and on budget. Our company’s North Star is always to serve our clients and create their visuals as best we can. Everything else flows from that.

Once a studio has more than a few animators working together, it becomes necessary to set up standards, protocols, and other business practices to avoid growing chaos. For example, if everyone uses a different style of naming their files, like “movie-final-final-02-final.mp4” (among other similarly named files) it can make your staff seriously frustrated when that artist is out on holiday and we’re trying to find the final movie for a customer. So we worked through those growing pains in our first decade, and at the same time grew our infrastructure and invested in our own render farm.

A render farm is a collection of connected computers that are used to crunch images. A one-minute movie has 1800 frames, and each frame may take a few minutes to a few hours to compute at full quality! To complete the animation in a reasonable time, a studio would need to either outsource this to a commercial render farm, trusting that it is given priority and the images will compute correctly, or, get a bunch of computers and do it in-house. Trinity Animation has always done its rendering in-house. So every year we buy some new ones and sell some old ones, and we usually house 40 to 50 of the most powerful CPU workstations available. With our own farm, we can be sure of getting our jobs done right and on time – a real stress relief in fulfilling our promises to our customers.

With my background in engineering, technical and architectural animation projects were our first specialty and continue to be a focus for the company. We are uniquely positioned to understand and accurately carry out visualizations where we are promising the viewer that what they are seeing is really close to what will be created. In the early days, we had a number of “how it works” animations including Caterpillar engines and triple-pane windows. Later, we worked on the Branson Airport and Greg Norman golf courses in Australia.

More recently, we’ve been creating installation guides. The installation guides show how to install or assemble a product. Trinity’s animations are easy to update without a visible glitch when the installation steps inevitably change. So the big benefit over a live-action video with an actor is actually in the ease of seamless revisions over many years!

Another kind of technical animation involves models without a single straight line: Medical! These types of animations are challenging because they don’t play to the strengths of 3D rendering. Instead of the perfect shapes and surfaces that work so well for visualizing an idealized product shot, with medical everything is messy, complicated, and curvy. It’s impossible to work in these kinds of scenes in the usual orthogonal “top/side/front” view approach – the screen is utterly covered in lines and surfaces. Instead, the artist has to navigate around in a perspective view and adjust things based on the shaded appearance. Medical animation further challenges our animators with its otherworldly materials when the shots are at microscopic levels of zoom. Things look very different to a camera inside of a cell!

We work on finding new and more efficient ways to get attractive results in fewer labor hours. We all seek out new software tools and share and evaluate them with the team if it looks like they might solve a problem. We hire programmers to develop our own custom tools when needed. This came in handy recently when we produced a number of “virtual choirs” where hundreds of singers appeared as screens on a virtual stage – copying them all out would have taken days. We also purchase advanced hardware, like the large new Cintiq (a stylus-screen for real-time artist painting/manipulation of images and 3D models) that we just acquired for 3D sculpting of organic shapes like those needed for our medical animations.

After nearly 3 decades in the business of art-for-hire, all of it exclusively in the field of custom 3D images and movies, Trinity Animation brings a lot of talent and experience to the table. You can count on a professional experience with a focus on client care. Our dedicated project manager will act as your animation guide as you work through the process of designing your animation, getting a quote, tuning the quote, starting the animation, making revisions, and getting the final deliverables. In cases where clients need a lot of creativity and development help, Trinity is happy to work in that role and develop something that meets your needs. And, as much as possible, add some flash and excitement to the visuals. In many cases, a client already has a clear idea or an assigned project creative designer and in that mode, we carry out their vision.

Technical innovation and competition have changed the company’s approach over the years. What was once a really strange and rare skill is now fairly common. Architects can get visualizations that look great directly from their newer CAD tools like Revit, as they are now drafting in 3D rather than just drawing lines on a flat layout. There are tools like SketchUp that anyone can learn and begin doing 3D visualizations of architecture. Similarly, product developers have integrated visualization in their CAD software (i.e. SolidWorks, Inventor) as well as quick-and-easy tools for getting simple stills. All of this has driven Trinity to focus on things that are much harder to accomplish – heavier animations with complex movement, big environments with fountains, oceans, trees, cars, and people, as well as longer-form animated fly-throughs that are nearly perfect at photorealism, and other challenging projects that can’t be done without the skilled and specialized people that work at Trinity Animation.

Trinity Animation also has the competitive advantage over most freelance and small companies of having a full staff and manager. Projects continue on schedule regardless of the changing fortunes of any one person, and by in-sourcing virtually everything, including rendering, we can meet client deadlines without relying on anyone else. There’s always someone to pick up the phone and talk about your project or answer questions. That reliability is a big reason why the largest firms continue to engage Trinity Animation for creating top-quality productions on time and within their budgets! 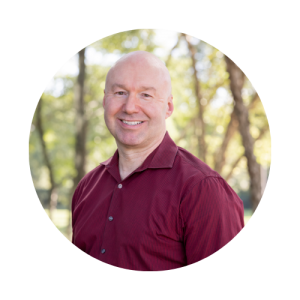 Jim Lammers is the President and CEO of Trinity Animation, Inc. With over 30 years of experience in the animation industry, Jim has worked on nearly every type of project across every industry. Contact us today and let’s get your project started together! Give us a call at (816) 525-0103 or email at sales@trinityanimation.com.