[An article from the magazine KC Studio from Jan/Feb of 2011, featuring Trinity Animation Studio in Kansas City and their history and work on the Archer series.] 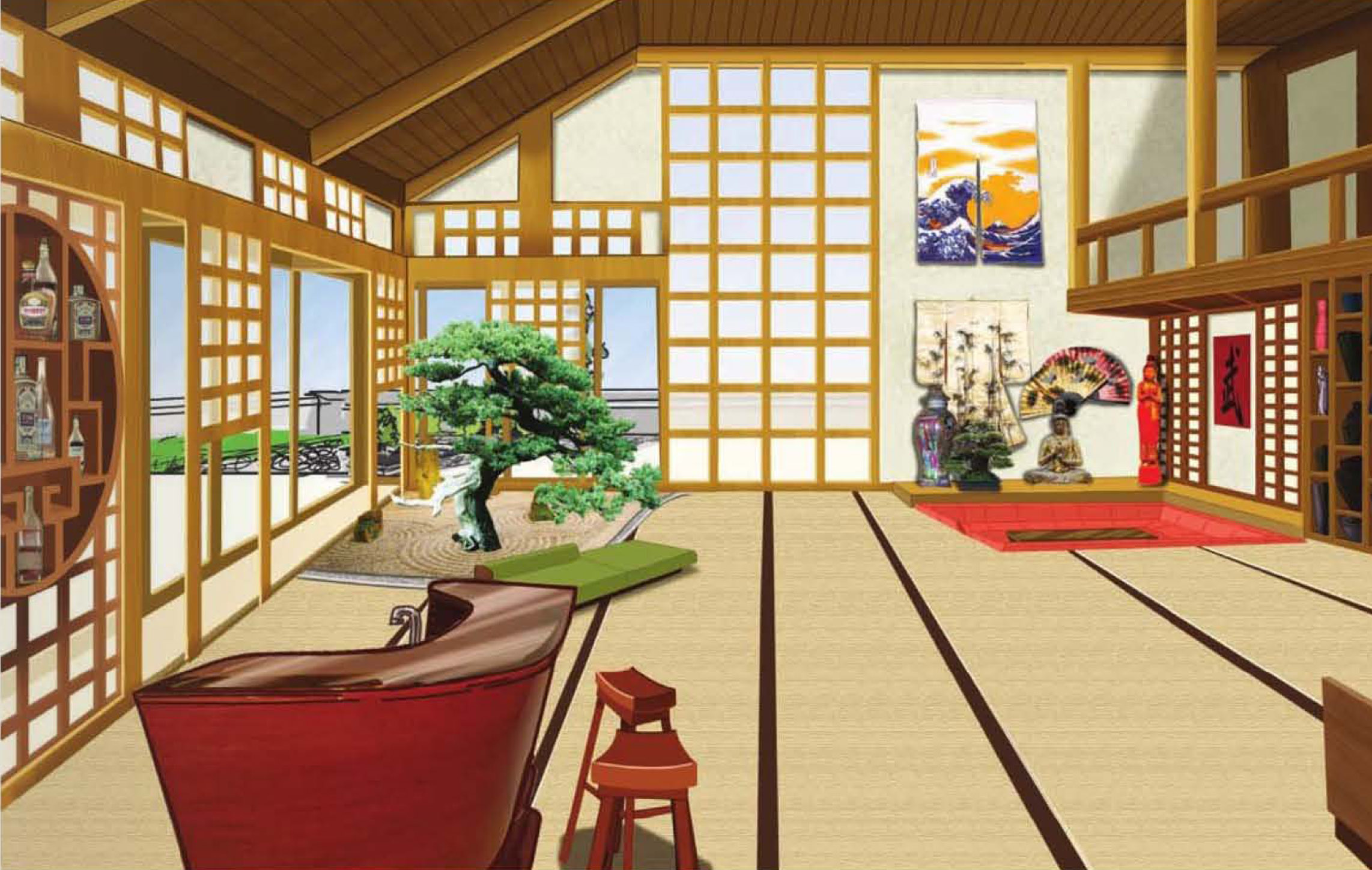 Jim Lammers, and his firm, the Trinity Animation Studio, nestled in a quiet business strip in Lee’s Summit (southeast of Kansas City) are creating cartoon landscapes for prime-time cable television. Lee’s Summit is certainly not the place one thinks of when cartoons are on the mind. But Trinity and Lammers aren’t really doing a full cartoon design; they provide the realistic world for the characters of FX’s prime-time spy cartoon “Archer” to live and work.

Lammers didn’t seek out the cartoon creators, despite some earlier effects work they created for the film “Starship Troopers.” “Archer” Co-Executive Producer Matt Thompson found Trinity Animation Studio on the Internet, and made a call to Lammers that resulted in their lucky opportunity to work on a new prime time cartoon that Atlantic Magazine later described as “just might be the funniest show on television.”

Lammers and his staff most often work on architectural projects, marketing imagery for products, and technical animation to help illustrate products. “Locating our animation studio in Lee’s Summit was only a small hindrance when we started in 1994. It’s not a problem at all now -we have done work for companies all over the country and even internationally.” Some of their clients have included Kimball Office, Vista Productions, Burns & McDonnell and McDonalds. “Most products can now be rendered in 3D to be indistinguishable from a photograph. Even food marketing imagery is often CG (computer generated). We just worked on a pasta bowl project for a noodle company in Mauritius, an island east of Africa. There really is a whole world of possible projects.”

During high school and college, Lammers explored the world of airbrushing and a focus on photorealism in art. 3D on computers had barely started. “At Center High School in 1982, we had an Apple II and it could display 3D wireframes. But you had to enter the points and connecting lines one by one. A friend and I made a cube!” Lammers’ father bought him a computer at that time, one he had to hand assemble and could use to learn simple programming. Lammers earned an engineering degree from the University of Missouri-Kansas City. He worked for Rockwell International in California, but eventually came home to the Kansas City metropolitan area and not long after, started Trinity Animation Studio.

He expects software and computer graphics processing to continue forging toward the real-time approach like gamers get to see in games such as “Call of Duty.” “For Trinity, its about creating a reality, but it still takes a great deal of time to compute. Sometimes it takes hours for a single image. But real time 3D visualization is making major progress and in time I think the end result will be a 3D scene in which the end user is immersed.”

Lammers is also a published author of instructional books for aspiring 3D artists, most recently with “Maya 5 Fundamentals” in 2005. A new book on Google’s free Sketchup software is in the works. His animation studio also rents time on their large collection of multi-CPU computers to be used to crunch out other companies’ imagery when Trinity’s computational needs are low. Finally, Trinity Animation retails the actual 3D software that is used by other animators. ‘There are some nice overlaps that help in many ways. We can help our software customers with tech support. And some render farm and software customers hire us to create their animation later.”

Producer Neal Holman says, “When you start on a search, sometimes the destination that you didn’t intend to go to brings about happy luck. We just looked around the Internet. The results in town for 3D animation studios were sub par, or the ones that could do good work asked for too much money. Trinity Animation hit the price range we needed. Jim and his staff are so nice and genuine, plus they are fast at their job.”

“When you start on a search, sometimes the destination that you didn’t intend to go to brings about happy luck.”

Lammers says he doesn’t run a “gold-plated” production house, a term that refers to the many animation studios with law-office like lobbies and mahogany client suites. “I knew they needed quality and we were pleased to have a chance to meet their needs.” Holman says the beginning work was a Moscow office for one of the characters. Trinity’s lead artist turned around that work in less than a day, cementing future work.

Producer Neal Holman’s team in Atlanta handles all character work, outsourcing the backgrounds to Trinity. ”The associate director and I will do research and sketches and then we send key design elements to them. We e-mail reference photos, textures, and storyboards. They build the environment and add the furniture. We talk about lighting and how a camera moves within it. The painterly effects are added down here.”
Lammers says the team has all the “home” Archer sets saved on the computer. They build new sets if the script calls for it. “‘Archer’ has great dialogue and humor. It really is a testament to FX. The writers have a lot of creative freedom and that originality makes the show more interesting.”
Holman says the date to start the new season of “Archer” is January 27. “Sterling Archer is an unlikable guy, but the audience pulls for him. Everyone has that friend that you warn other friends about, but you still consider him your friend.” Holman says he looks forward to the continued relationship with Trinity Animation. ”They are an integral part of the process.” One new episode that stands out includes an interior of Cyril’s Asian-influenced dojo penthouse. Holman says, ”They gave us a virtual tour – a panoramic shot, just like the way a camera orbits around. We are going to give that a try a few more times in the second season.” Another challenging background by Trinity specifically will be a car chase through a rundown neighborhood in Brooklyn, requiring miles of unique cityscape and output to long, traveling perspective background plates. As usual, only a few days were allocated for the work.  “Just like a car chase, we move at a fast pace,” Holman says. 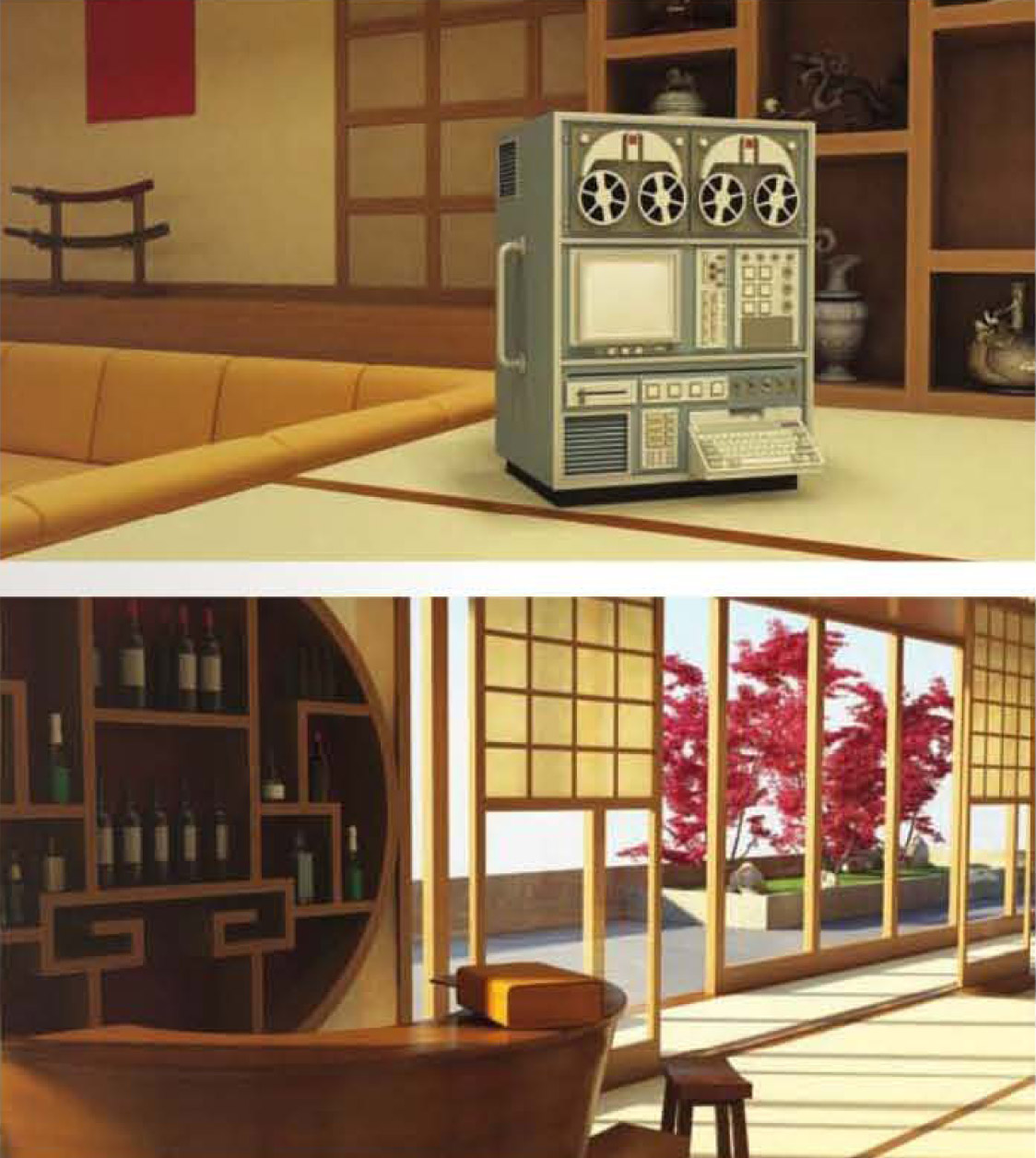 ISIS comptroller Cyril Figgis may not seem like the character to have a cool and funky penthouse, but just wait until the second season of ‘Archer’ to see his Asian-inspired pad.