Roses are red, violets are blue. I wrote this on my sled, under the cool blue…igloo!

Each year the team at Trinity Animation collaborates to create entertaining 3d illustrations in a Christmas setting to share our holiday spirit. 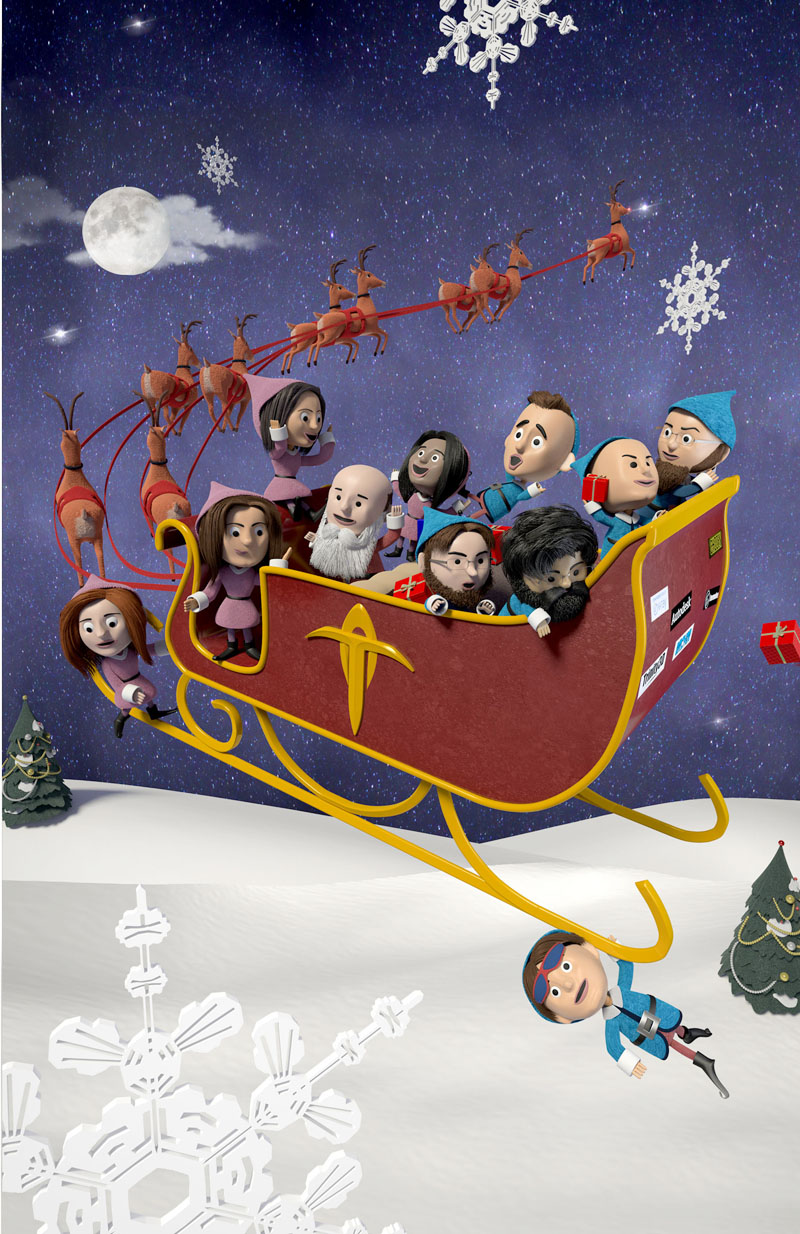 The concept for Trinity’s 2013 Christmas card consists of the team portrayed as elves going for a fun sleigh ride over winter land on a cold not so stormy fun night. Of course humor is always part of the creation process, such as two elves hanging off the sleigh while it’s in mid air? Yes! Being a small group of animators, having fun is always a necessity especially when we’re out for a sleigh ride.

Trinity’s 2013 Christmas card shots were created by two of our animators, combining character poses with an illustration style that we rarely get to pursue.

After development of all the characters and assets were complete, we took them and started setting up a fun scenario. Posing each character in different expressions resulted in a unique scene where each character is responding to occurring events in different ways. The personality of each character is also captured by their responses. From worrying, energetic, to peculiar, it all makes up for a great shot and a great time!

With all the crazy fun aside, a card is not complete without an appealing cover. This shot shows a conclusion where a silhouette of the wild party is flying off in the background and on the foreground is a subtle set up of a Santa hat and a present box with a few decorated trees. This leads to a couple of questions:  First, what is inside that present box? Second, is there anything under that hat?

From Trinity Animation, have a very Merry Christmas!