Trinity’s 2014 Christmas card design is now revealed, and it includes a variety of cute 3d character renderings. The cover is a snow-man and his two little friends, tossing his hat into the air to celebrate the holiday. The felt trees in the background are styled like the “Rudolph the Red-Nosed Reindeer” Rankin-Bass stop motion animations of the 1960s. The snowman design is inspired by the delightful “Calvin and Hobbes” winter snowman designs with friendly faces. 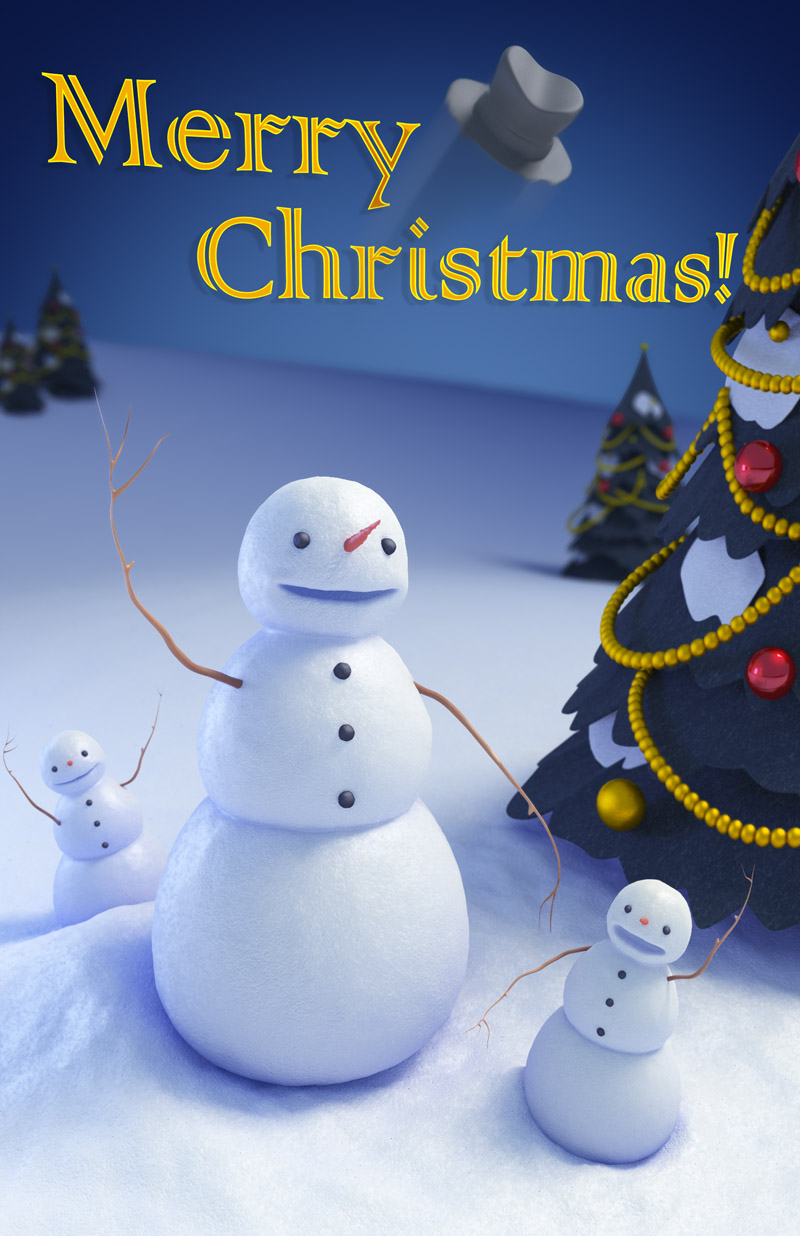 For the interior of the card, the design brought a fairly literal visualization of the actual Trinity office building in Lee’s Summit, Missouri. 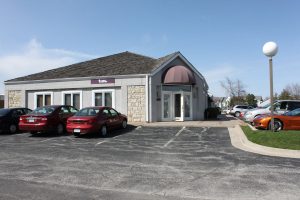 Trinity has been located at this office since 2010, and it has provided a good general office layout for the many needs of the company. In the middle of a midwestern snowstorm, the office looks remarkably like the Trinity-created 3D illustration, albeit with fairly tale inspired peaks and windows: 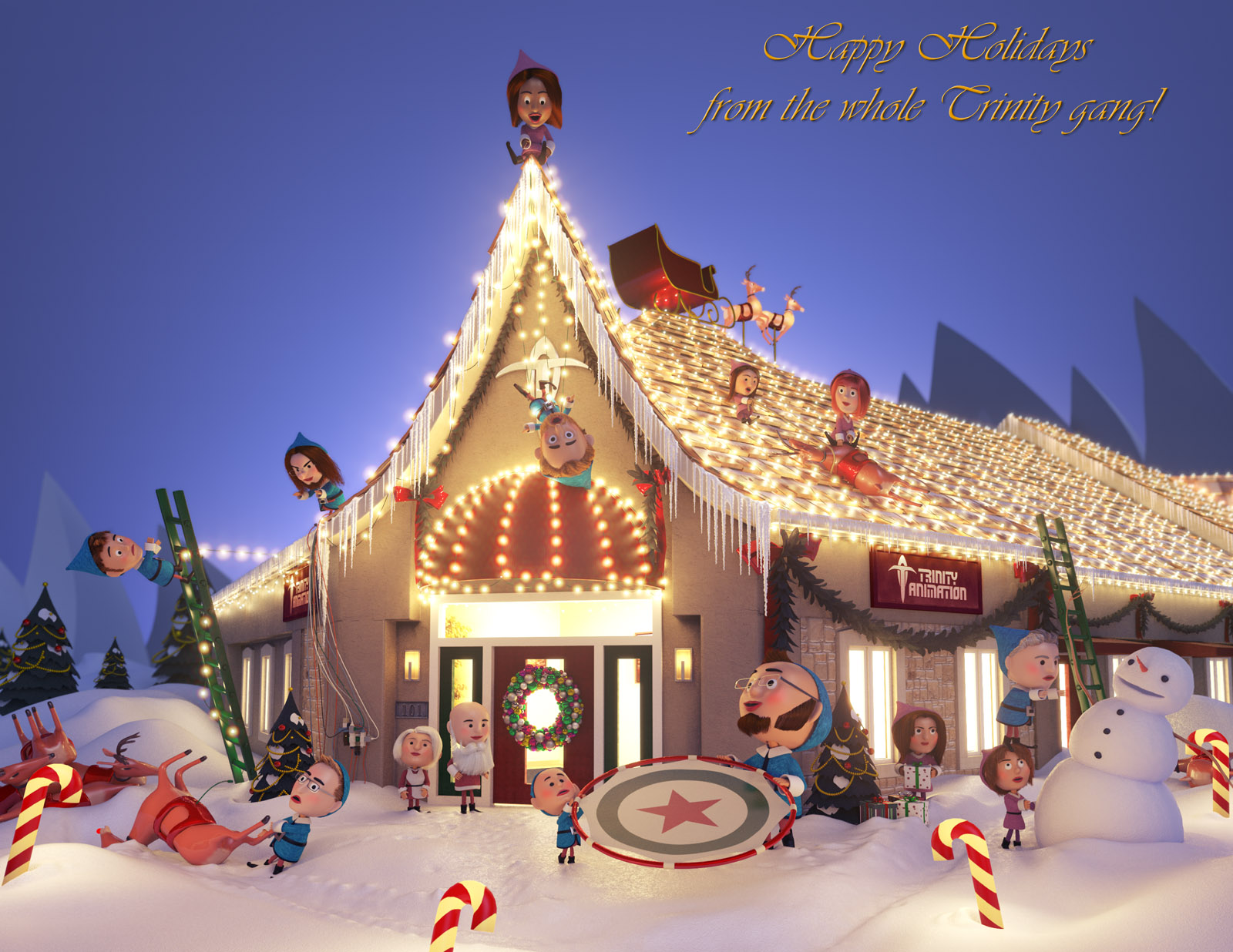 Trinity’s artists carefully created a 3D character rendering of each Trinity employee as a felt armature stop-motion style elf in the illustration. One animator’s elf avatar is hanging from the apex of the entrance, taunted by another elf. Snowmen and plastic reindeer fill the foreground, with funny stories at each turn of the eye.

In the close-up below you can see an homage to the crazy power splitting in the “National Lampoon’s Christmas Vacation” movie. The “101” badge and modern exterior light fixture is exactly as it is in real life! Company founder Jim Lammers and wife Gail are depicted as Mr. and Mrs. Claus, at the entrance of the office. The velvet-tree theme is reiterated here with an arctic style environment in the background. 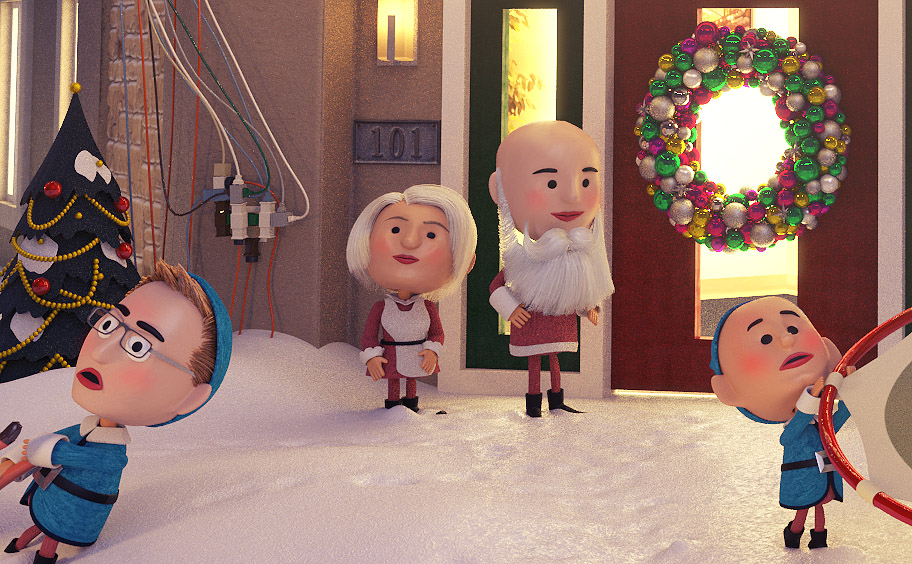 On the rear of the card a legend is included to correlate every elf caricature to the person represented. 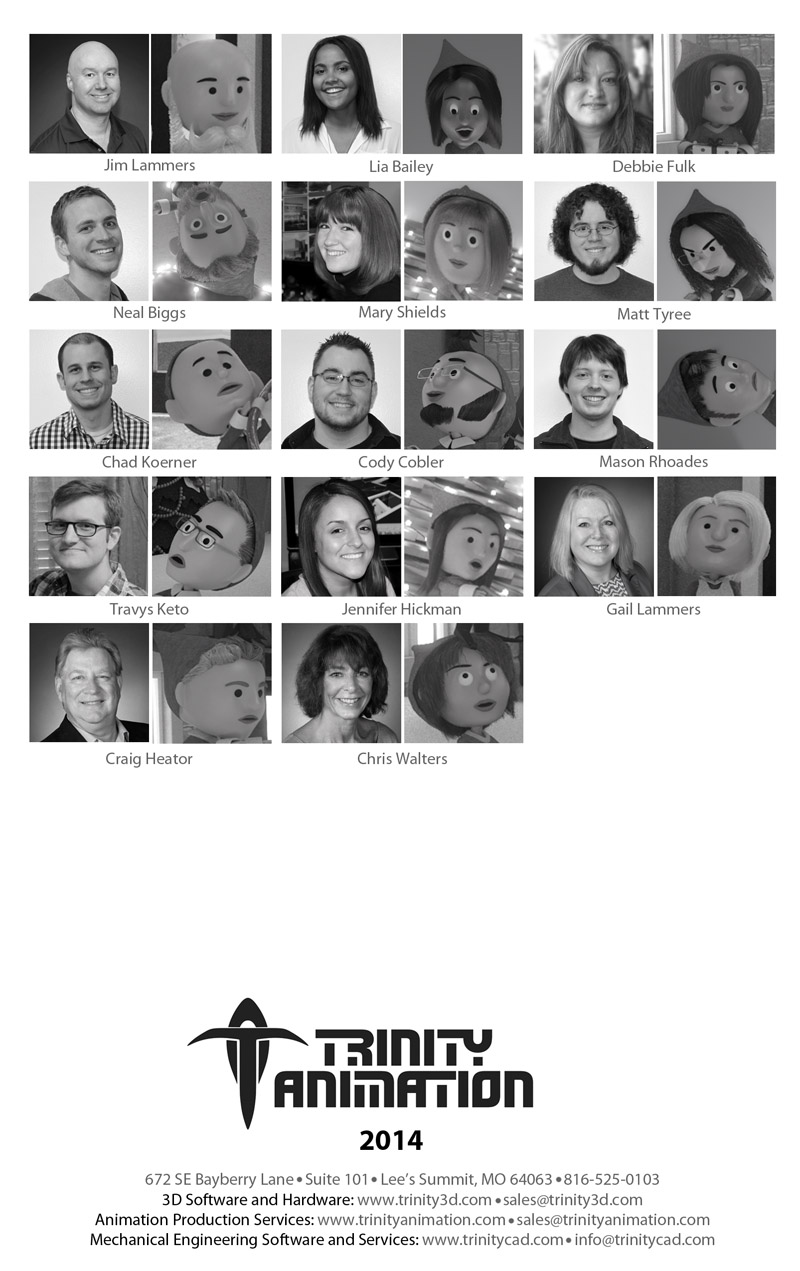