Every year Trinity Animation mails out 300 or more greeting cards at Christmas time, a chance to send well wishes and to show our holiday spirit with a new 3D rendered illustration!

Trinity’s 2015 Christmas card design continues with an elf avatar for each of Trinity’s employees – a theme that began a few years ago. It takes time to create and pose these little elves but it brings a lot of life and energy to the design, and gives the opportunity to add some fun and games.

The front cover rendered illustration shown below depicts a snowy barn a little ways from the Trinity office (the same scene used for the inside of the 2014 Christmas card). A gold “TA” logo with filigree appears above the barn entrance. A magical reindeer is pulling three animators into the sky while Jim and Gail look on. The presents behind Jim and Gail and the snowman on the left side of the design are also elements from cards of past years. There are a few other past-year references: The ornaments on the ground and the snow globe, the penguins in the background and a triangle wreath. 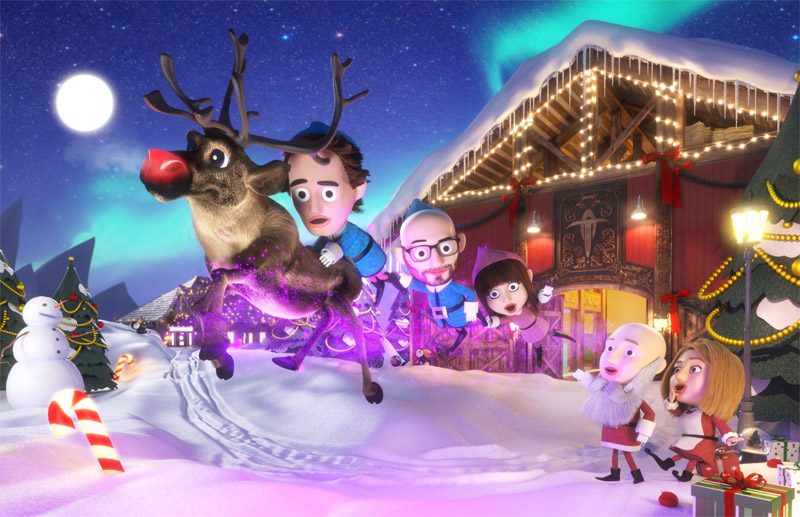 The interior illustration, seen below, depicts the interior of the barn, with everyone else in attendance. We posed each avatar and included a few little stories with each cluster. It was a challenge to develop a likeness of each person with just a few simple elements of head shape, hair and nose. The overall rendered illustration is in a portrait orientation for a card that flips up from the front. This makes for a nice vertical tableau. Reindeer lounge on the floor (with one stepping out in the cold at the rear) with the exception of a worried reindeer that is flying and trailing purple fairy dust, seemingly against his own wishes. The elf under “from Trinity Animation” got the donkey-kick from the reindeer behind him! 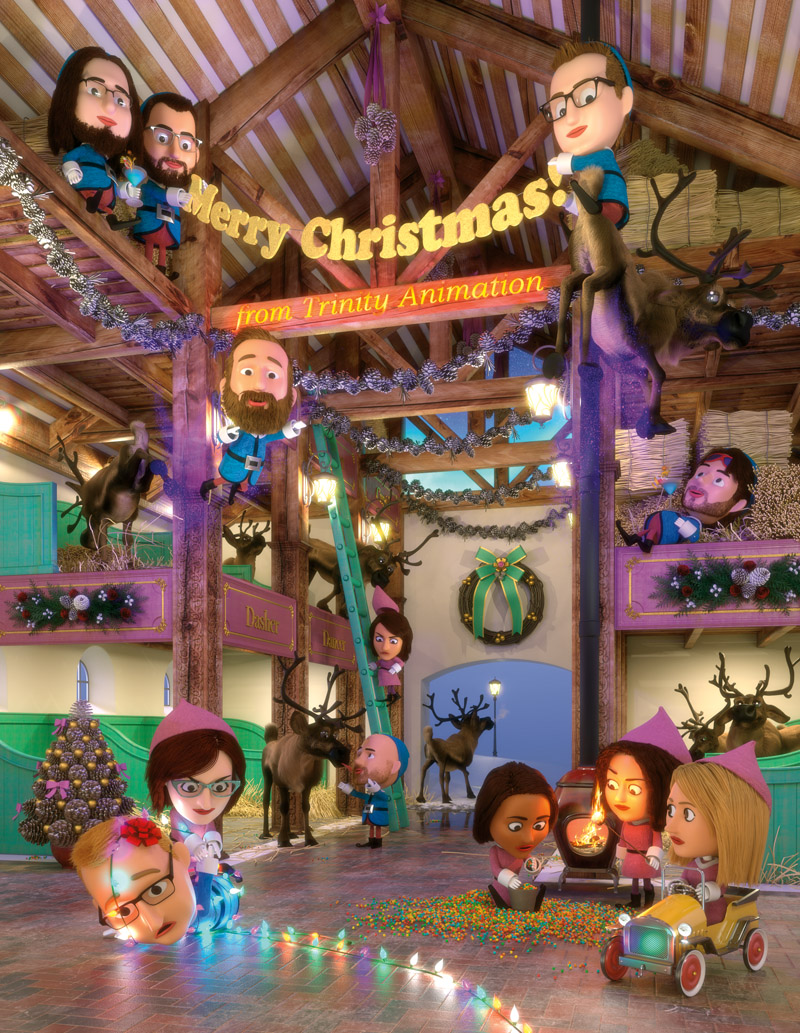 On the back of the card we included a picture of the person by their avatar so you can see who is at work behind the scenes. You can also see how well we “elf’d” everyone! 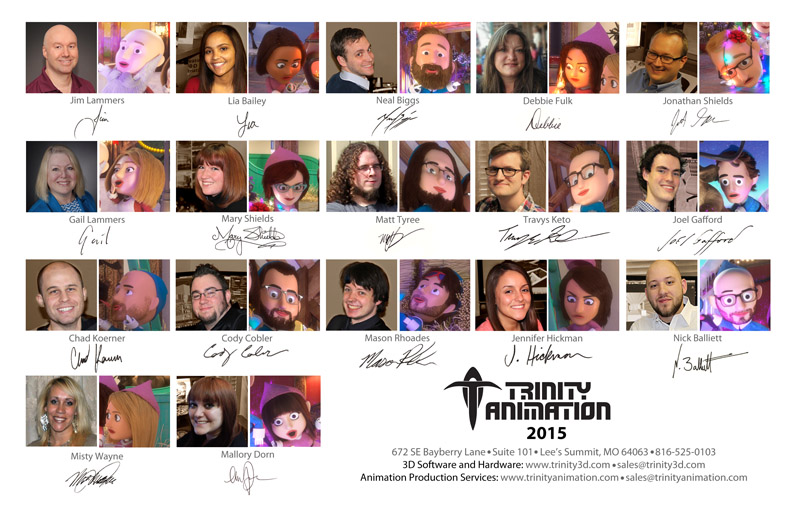 We hope you have a happy holiday season and new year!