[Note – this article describes an early attempt to create a virtual world for interactive game-engine style online viewing, circa 2003. The virtual tour had to work on a web browser on a MAC or PC, and require no other software besides the Shockwave plug-in. The user was able to navigate and view any part of the interior, and audio files triggered at different spots to describe the room. The entire thing was built using a tool that Alias|Wavefront created for Maya that could directly output a VR scene like this!]

Fans can stroll through proposed facility via cyberspace

But you can now “walk through” the site via the Internet, thanks to the folks at Lee’s Summit-based Trinity Animation. They’ve created a three-dimensional cyberspace preview of the facility you can access at www.trinityanimation.com.

At this stage visitors to the site will find mostly empty rooms – the display cases, posters and other artifacts will be added later. But you can study the floor plan, wander through the upstairs rooms that will house a re-creation of Disney’s first animation studio, open doors and go up and down stairs, drift around the exhibition space with its curving partitions and check out the 50 seat movie theater (a panorama of Disney photographic images is “projected” on the screen).

“As far as I know, it’s the first time a proposed architectural project can be walked through on the web by anybody who dials up,” he said.

In the past Lammers and his crew have created for clients videos of proposed buildings in which the camera seems to float through a cyber environment. But only with the recent development of sophisticated animation software have they been able to create a cyberworld that the individual user negotiates.

“It’s not only instantaneous, but you animate it yourself by pointing the mouse where you want to go,” he said.

The Disney museum will be housed in the old McConahy Building at 31st and Forrest. In 1922 and ’23 it was the home of Disney’s fledgling Laugh-O-gram animation studio, where future animation greats such as Disney, Ub Iwerks, Hugh Harman, Rudy Ising and others learned their craft by making black-and-white silent cartoons.

It was also in the McConahy Building that, according to legend, Walt Disney caught and tamed a tiny rodent that became the inspiration for Mickey Mouse.

Backers of Thank You, Walt Disney continue to raise money for the restoration project. The Disney family has pledged $450,000 toward the project, but organizers must raise an equal amount locally.

The building in it’s present state (from yesterland.com) 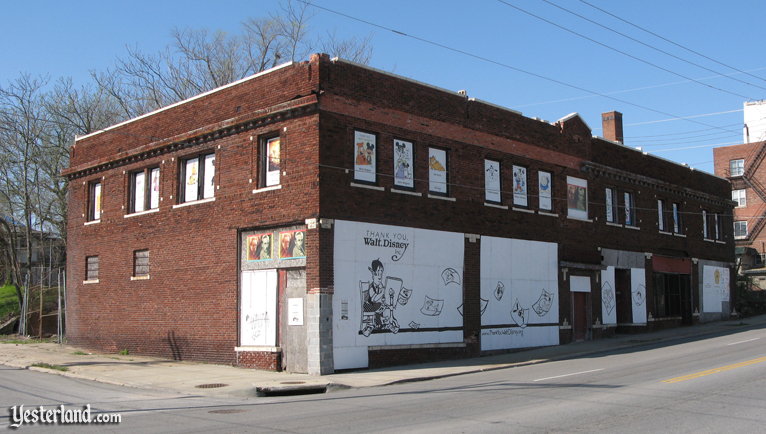 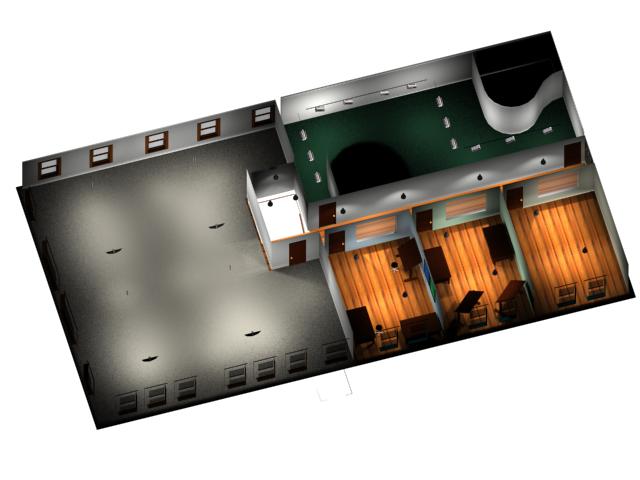 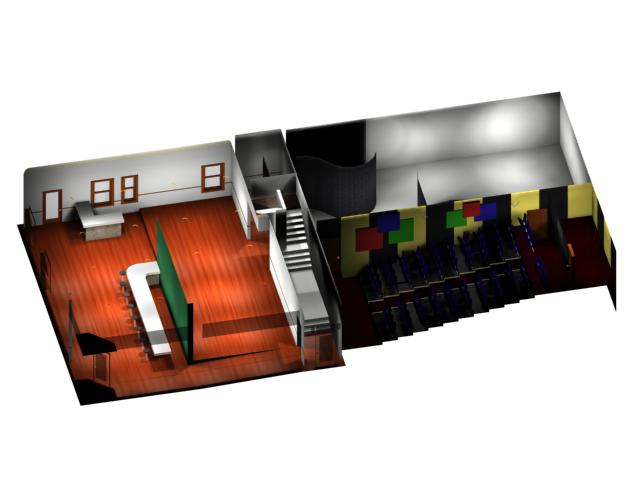