Originally from Saint Charles, Missouri, Mallory graduated from the Kansas City Art Institute with a BFA in Animation and Art History. She specialized in traditional hand drawn animation which led to freelance work as a comic artist. She currently has two published comics including “Border Wars.”

When she was a junior, Mallory Dorn was selected as one of three grand prizewinners in DreamWorks’ “How to Train you Dragon” video contest. Dorn received a trip to the world premiere of “How to Train Your Dragon” in Los Angeles for herself and three guests as well as a tour of the DreamWorks Studio.

Since Mallory Dorn has switched to full time 3D animation with 3ds Max, she has broadened her artistic toolset while still finding ample opportunity to use her traditional and 2D talents on Trinity’s various projects.

Some of Mallory’s traditional media and 2D digital art is below. 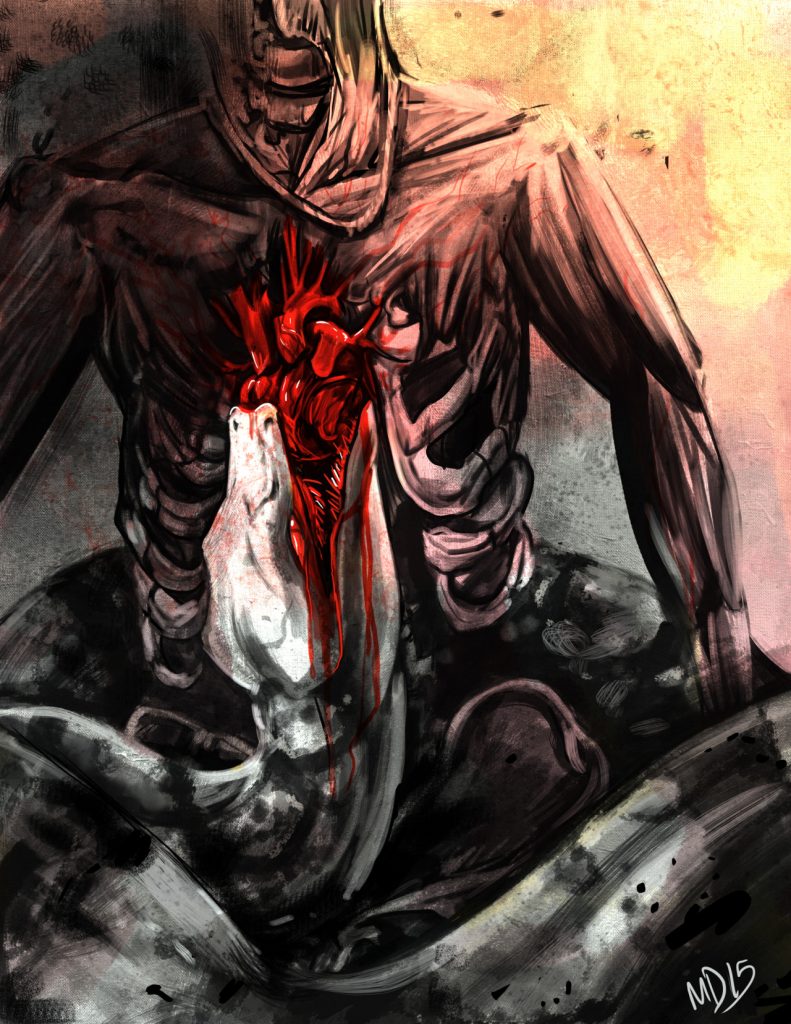 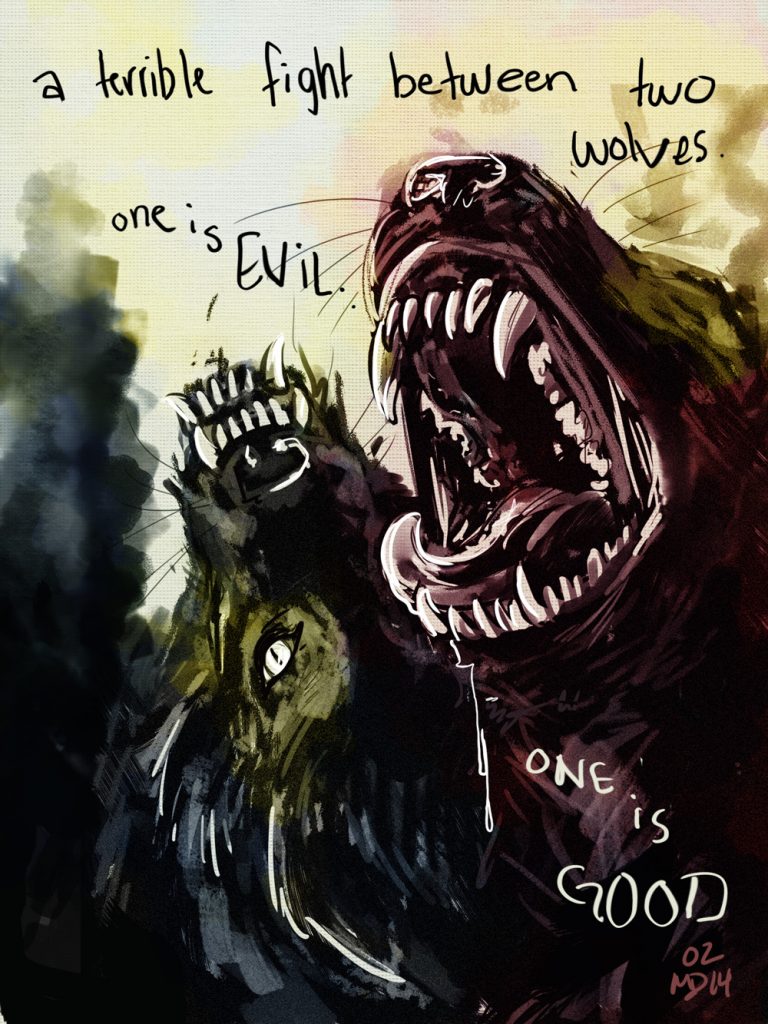 “The one you feed” (wolves)
Based on an old Cherokee legend about the human condition. Part of a series of speed paints, 1 hour in photoshop, 2015. 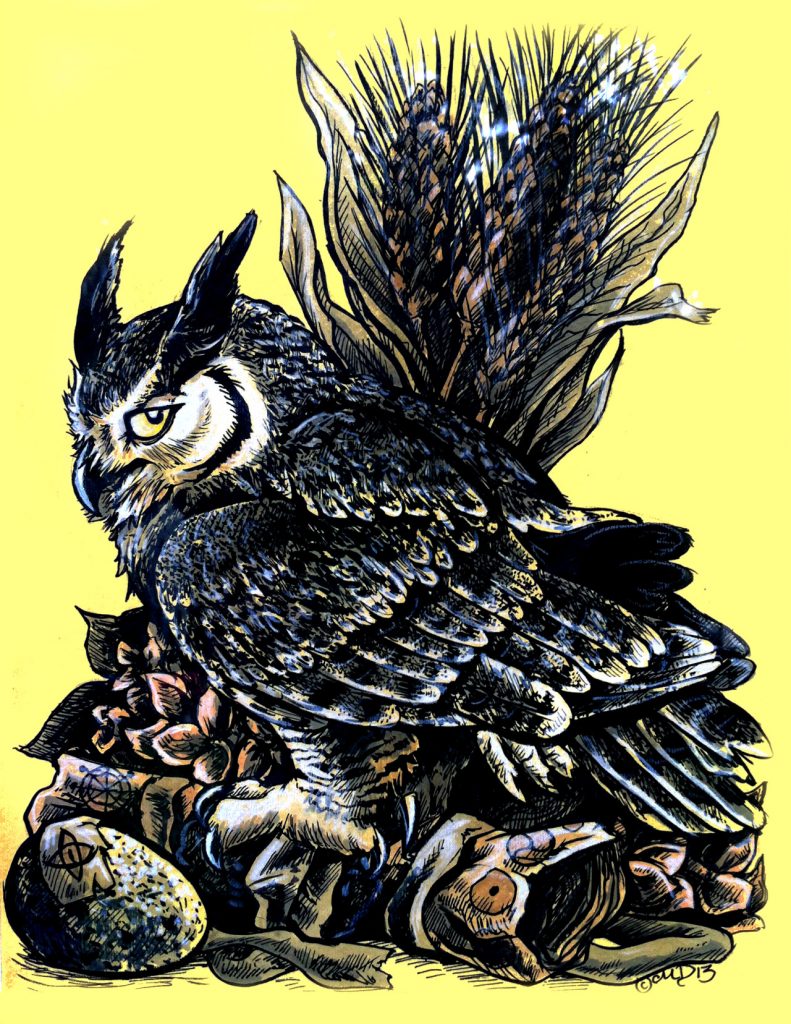 “Chronos” (owl)
Ink on paper with water color wash and paint pen. Part of a series involving intricate symbolism and myths and how these relate to common items and creatures. 2014.